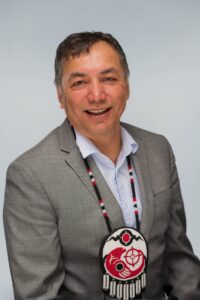 “We are delighted and privileged to welcome Dennis as Chair of Indigeno Travel,” said Phil Sproul, CEO of Indigeno Travel. “As former Chief of Long Plain First Nation and chief spokesperson for the seven Treaty One First Nations, Dennis has created hundreds of jobs for Indigenous people and, with his guidance, we are determined to
create hundreds more.”

A driving force in Indigenous economic development, one of Meeches’s crowning achievements has been his role in developing urban reserves in Winnipeg and Portage La Prairie and the redevelopment of the old Kapyong Barracks, now named Naawi Oodena, in the heart of Winnipeg.

“I have worked alongside Dennis for twenty-five years,” said Tim Daniels, Chief Development Officer of Treaty One Development Corporation, an Indigeno equity partner, “and under his leadership the Long Plain First Nation has come to be recognized as an economic force in Canada with the development of its two urban reserves, creating opportunities for generations to come.”

Daniels continues: “Indigeno’s main purpose is to create meaningful careers for our people, and we could not have a more perfectly suited person to help make those goals become a reality.”

“I am thrilled to have been appointed Chair of Indigeno Travel,” said Dennis Meeches. “I thank the Board of Directors for their confidence in me, and I trust we can take Indigeno Travel to new heights. We can, and we shall!”

This years’ recipients of the 2021 Indigenomics 10 to Watch awards include:

WINNIPEG, MB March 30, 2022 – Indigeno Travel, North America’s first national full-service Indigenous-owned travel and tourism agency is pleased to announce its formal launch and the addition of its latest equity partner, Treaty One Development Corporation. Indigeno Travel creates travel and tourism career opportunities and revenue sources for Indigenous people across Canada, facilitating the Truth and Reconciliation Commission’s (TRC) Call to Action #92 for reconciliation through business and commerce. It builds unique travel and tourism experiences for its corporate and leisure clients, offers online booking platforms, and promotes Indigenous tourism experiences. Indigeno is headquartered in Treaty 1 Territory, Winnipeg, with associate offices in Brockville ON, and Edmonton.